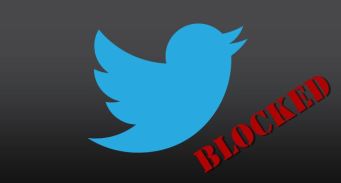 Pastoring over the years has taught me a great deal about social interaction. I’ve always felt that time is of the essence. Redeeming the time is something I take very seriously: every second of every day matters. Christ-followers have the most important mission in the universe. Thus, I don’t like to waste even a second.

We’ve all had people in our lives that are critics who love to steal our time by vocalizing their constant disapproval. As a pastor I’ve experienced it over and over. You see that certain person walking toward you in the sanctuary before the service and you want to run and hide because you know you’re about to be robbed. Pastors know exactly what I’m talking about. While there should be no limits to our compassion, there must be limits to the time we allow people to suck out of our days.

Once there was this guy who was determined to have his Christian band play on Sunday morning. Get this, his band was a Christian heavy metal band and he wanted me to give him a Sunday morning worship service. He also wanted a few minutes to share a message that ‘the Lord had laid on his heart.’

He came by my office several times a week to talk about it. He called persistently. He was determined to have his way. A few times when I pulled up to the church building and he would be sitting in his car waiting for me to arrive. He mysteriously showed up at restaurants where I’d be eating lunch. It became very odd, very fast.

I finally had to tell him candidly that his band would not be playing at church, ever. This caused him to become even more determined. He began talking to board members. He became aggressive toward my staff. He wasn’t going to take ‘no’ for an answer. Finally, I had a meeting with him in front of a witness and told him that his antics were not going to be tolerated. He was negatively affecting a lot of people and that any further contact concerning this issue would be ignored. He was so angry that he about jumped over my desk.

After speaking with the church board and staff, we all agreed not to give him another minute to discuss his band playing on a Sunday morning. I guess you could say we ‘blocked’ him, which brings me to social media.

Social media is a strange beast. At times online interaction resembles a bar fight. It’s like someone having one too many drinks, developing an inflated sense of self-confidence, and deciding to pick a fight with the biggest guy in the room. There’s no denying that people say things online that they would never say in person. Social media is a dream come true for people like the guy who wanted his metal band to play at church. They can say whatever they want with no accountability.

I’ve always felt strongly about being who you are wherever you are. Don’t personify yourself one way behind the veil of a computer screen if you wouldn’t be same way in person. Of course, we all have relationships with close friends where one-on-one conversation can take on a different tone. Relationships based on personal history provide safer conditions to let your guard down. However, typing out loud while thousands of eyes read what you say must be done with discernment. I’m not saying you can’t be spirited; just don’t pretend to be something you’re not.

I don’t have specific rules for social media interaction. However, over time my list of blocked people has grown. It would be no different in real life. If you showed up at my office everyday criticizing, ridiculing, swearing, and trying to force your will on me, I’d block you. I wouldn’t take your calls, emails, or meet with you unless there was a newfound sense of civility in your approach. Yet, when people do these things online they act surprised when they get blocked.

Online negativity affects a lot of people. I’ve dealt with situations in churches where innocent bystanders get sucked into the pessimism of those who weren’t getting their way. Guilt by association is a real thing. It’s no different online. If you hang out with the critics, you may very well become one. I’ve watched people become so influenced by the faultfinders on social media that they began fighting their battles for them. It’s really sad to watch.

I’ve told people over the years that one of the greatest spiritual gifts we can develop is learning to kindly ‘ignore the naysayers.’ It’s a difficult lesson to learn, especially for pastors. We often have the personality that wants to win everyone. It’s simply not possible. No one can make everyone happy, not even Jesus.

I don’t enjoy blocking people. Actually, I’d like to think that I have a high tolerance level for Internet trolls. However, at the end of the day some folks deserve it. They take things far beyond civil disagreement. Love certainly isn’t their motive. In fact, I believe these folks are only interested in ‘being right.’ These sorts of interactions lead me to the conclusion that continued association with certain personalities simply isn’t worth it.

Going the extra mile to keep relational airwaves clear is an important part of the Christian walk. Yet, some personalities have the unique skillset of convincing me that never hearing from them again would add a great deal of joy to my life. While part of me feels like tolerating faultfinders is an honorable notion, logic always brings me back to reality. Even Jesus came to a place with his detractors where he said to his disciples, “Ignore them, they’re blind guides leading the blind… They’re all bound for the ditch…” (Matthew 15).

Life is too short and the mission is too important to endure relationships that constantly suck the energy out of you. Blocking people doesn’t mean you don’t love them. It simply means you’ve determined that further interaction isn’t constructive. Even Peter and Paul came to that conclusion. So, while it may be difficult to part ways, sometimes it’s necessary.

Again, time is of the essence. Redeeming the day and making every second count is essential. Advancing the cause of Christ is too important to waste a single moment. If these things are true, then distancing yourself from personalities that rob you of time is a necessary. With that said, it’s accurate to conclude: blocking people matters.