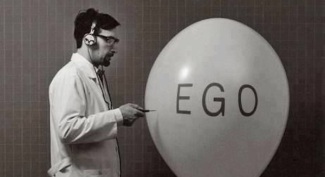 Our culture demands privilege. People fight for rights and are easily offended when they don’t get what they believe they deserve. Entitlement is so entrenched in our society that it shows up in the least expected places. I’ve seen the attitude of offense rear it’s ugly head in religious circles enough over the years to confirm that it’s alive and well in the church. However, the culprit is always the same: the human ego.

The human ego takes great pride in its religion. Through spiritual activity it tries to balance its sense of guilt with the delusion of personal righteousness. When ego is mixed with religion one’s spirituality becomes about felt needs, personal ambitions, and self-interests. We live in a society that worships fame and notoriety. This is a cultural crisis. The result is people who constantly look for recognition and validation. If they can’t find it in the world, the next best place is the church.

Let me say first of all, if you consider yourself a Christ-follower, you have given up your rights. You are not your own. I know that’s a difficult concept, but it is the aim of the Christian life. The very idea behind following Jesus is one of dying to self and taking up your cross. Jesus doesn’t ask to simply be worshiped on Sunday; he invites us to follow him.

Paul calls us to become “living sacrifices,” however the problem with living sacrifices is that they have the tendency to crawl off the altar. When we start defending our rights, it’s usually our ego doing the talking. When that gets mixed with spirituality things gets messy. Many churches are dying because so many plank-eyed religious folk walk around bumping into one another. Their ego blinds them to the bigger picture.

People who are easily offended are too invested in their own self-esteem. Human ego has a relentless need to be right, to feel important, to achieve success. When people compare themselves to others to measure their self-worth they naturally want to preserve their image. When they live in the mode of constant self-preservation being offended is a byproduct. Thus, it’s a never-ending cycle that’s usually fueled by the most trivial things.

When you truly understand forgiveness you don’t have time to be offended. Instead, you live with a deep understanding that your self-worth is grounded in the person of Christ. You discover that “who you are” is not something that can be sustained by weekly religious activity. You realize that the most sincere version of you that you will ever be is only found when you die to the person in the mirror. When you’re able to look at yourself and say, “You are broken and can’t do this own your own…” Only then will you understand your deep need for forgiveness.

When you understand forgiveness, you won’t be easily offended. Instead, you’ll develop the ability to forgive others the same way God forgives you. As you learn to love more deeply you won’t feel the need to prove anyone wrong because you won’t be tempted to prop yourself up against the standard of another person.

If your identity is caught up in something other than Jesus discovering a healthy sense of self-worth will be difficult. Offense will likely visit your life regularly. However, when you begin to identify your inadequacies your ego will loose its power. As this happens you’ll realize that being offended doesn’t mean you’re right. Instead, it’s an indication that you’ve got areas of your life that need to be laid back on the altar.

The message of “death to self” is a hard pill to swallow. Nonetheless, it’s the way to abundant life. It’s the only path to real spiritual growth, yet it’s rarely addressed. In a society that worships often at the altar of fame and fortune few people have the taste for the kind of Christian discipleship that costs them everything. Always remember, Jesus never said it would be easy, but he did say it would be worth it.